One 28-year-old Male from Hingna was recently brought to Nagpur based Orange City Hospital & Research Institute- a unit of Ravi Nair Hospitals Private Limited(RNHPL) from N.K.P. Salve Institute of Medical Sciences- Hingna in emergency with alleged history of Snake bite on wrist. At the time of admission, he developed change of voice and difficulty in swallowing in casualty. Suspecting poisonous snake bite, he was immediately shifted to CCU. By the time he reached CCU, he was completely paralysed with no movements in hands & legs with respiratory paralysis. He was immediately resuscitated & intubated by Dr. Himanshu Dodeja- Intensivist, Dr Deepak Kore & Dr. Deepak Narwade- CMOs and put on ventilator support by Critical care team. Therapeutic dose of Anti snake venom (ASV) was immediately started with other supportive treatment as per protocol.

The patient is himself a sarpmitra. He told that on 7th August at around 8.30pm he was passing through SRPF colony Hingna, at that time he was called to rescue a snake from a house. So he rescued the snake, suddenly this snake came out from jar and bite three times on his wrist. As he was aware that this is Cobra, he immediately went to home and told his brother to take him to hospital immediately. He also told his brother that he has 30 mts time else he will go into respiratory failure.

Dr. Vidya Nair- RNHPL Director(Quality) added that the brother took the patient to Lata Mangeshkar Hospital-Hingna where first aid was given and directed to OCHRI for further management. He told that this snake was cobra and that bite by this snake is fatal and there is no chance of survival. The family brought him immediately to OCHRI to take a chance of snatching him from jaws of death from this fatal bite. He was admitted under care of Dr. Rajesh Atal- Senior Critical Care Physician.

Dr. Rajesh Atal informed that, this patient of Snake bite is under treatment and now he has recovered with no neurological deficit & No sequelae (side effects) of Neuroleptic (King Cobra) Snake bite. Dr. Rajesh Atal said that, “In addition to being an occupational hazard for field workers, snakebite is a leading cause of accidental death in the developing world, especially among otherwise healthy people. In some fatal snakebites, victims are paralyzed by the snake’s neurotoxins, resulting in death by respiratory failure, working on the fields or staying near them are exposed to this risk which can prove to be fatal if not treated on time.” “Snake bites often occur in remote locations far from medical centres, and anti-venoms are expensive, require refrigeration, and demand significant expertise to administer and manage.” He further added. Fortunately, OCHRI had kept an emergency stock of Anti-snake venoms in their stock. Locals must know that no home remedy like applying mud should be tried. The patient must be kept in an immobile position with tourniquet application and rushed to hospital which has the expertise in treating snake bites. Once the ASV is given to the patient, recovery happens depending on the severity.

Complimenting Dr. Rajesh Atal & team; Dr. Anup Marar- OCHRI Director stated that OCHRI is among the few critical care centres which has anti-snake venom (ASV) treatment available 24×7 along with hospital stationed round the clock trained group of Critical care specialists for rendering timely treatment. ASV is the medically recommended line of treatment for snake bites and if administered at the earliest can effectively save life. 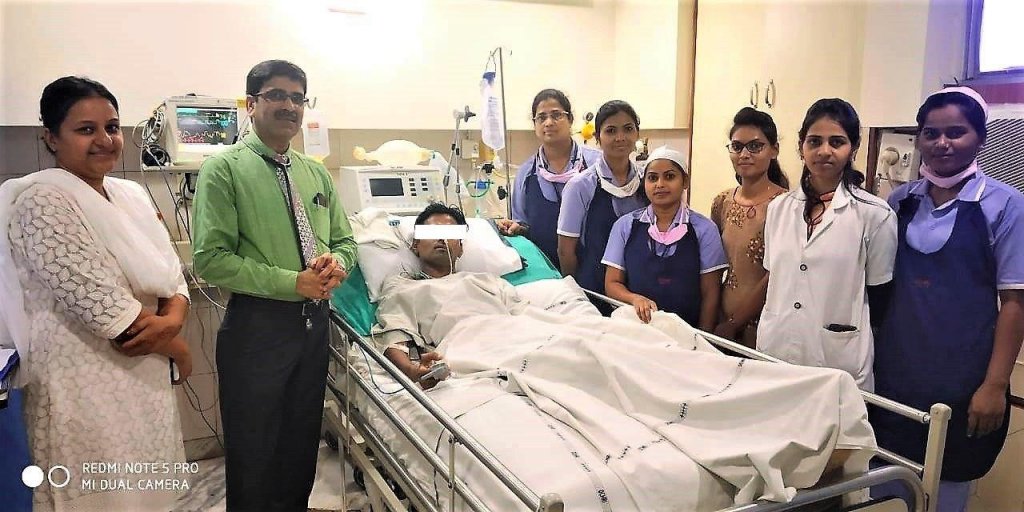