Although Maharashtra Medicare Act 2010 is in place, Vidarbha Hospitals Association had desired that Government should seriously introspect as to how many stringent convictions have been noted from inception till date and later publicized for public awareness? They had also prayed that Government should also initiate public campaign to dissuade people from taking law in their hands by setting examples.

VHA had demanded that apart from arresting all those mobsters who attack hospital personnel and destroy hospital property; Government should ensure that they are even convicted under stringent charges and due publicity be then made to dissuade people from taking law and order in their hands. Positive Confidence building measures should also be earnestly initiated by government to reduce the feeling of insecurity amongst medical fraternity. 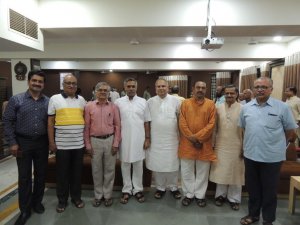