Man pulled back from clutches of Death

Recently one 67-year-old gentleman from Akola came to Orange City Hospital & Research Institute with simple complaints and short history of difficulty in breathing and fever. He was admitted under care of Dr. Rajesh Atal- Sr. Critical Care Physician. This patient was an old treated case of Pancreas Cancer with myasthenia Gravis and was on Maintenance therapy. His previous surgery few months back was uneventful and was discharged as routine with advice to follow up.

Dr. Rajesh Atal, while elaborating details about this patient stated that Patient was evaluated for cause of fever and breathlessness and his routine workup was essentially normal. In view of previous history of malignancy there was a suspicion of recurrence of the cancer and Patient was subjected
to G I endoscopy for evaluation and the same was also normal. However, during the procedure itself, the Endoscopist had first shock as patient almost had cardiac arrest. But the patient was immediately revived and his normal parameters were restored. In the mean time patient also developed difficulty in talking and coughing. In view of inability to talk and poor cough reflex (inability to cough) it was becoming difficult to feed the patient so as a routine two attempt were made to put the feeding tube from the nose into the stomach. However, both attempts failed as patient had significant drop in blood pressure and increase in difficulty in breathing. A conscious decision was made to put the tube in operation theatre under anesthesia in a controlled atmosphere, which was fortunately successful, and we could restore the nutrition of the patient through the tube. But patient persisted to have difficulty in breathing and inability to speak and difficulty in swallowing even a drop of water and was continuously requiring a non-invasive ventilator support. In mean time patient was still being evaluated for the cause of all these problems and in view of past history of Myasthenia Gravis a provisional diagnosis of exacerbation of Myasthenia gravis was done and patient was given a pulse therapy of steroid. Patient had a wonderful recovery after the treatment but happiness of treating group of Specialists was short lived and within two days’ patient again had recurrence of same complaints. He was again given a pulse of steroids but to their dismay, there was no response this time.Dr. Rajesh Atal further added, that “In view of the agony and distress of patient, with full counseling and consent of the relative’s a decision of Plasmapheresis was taken with the hope that it would help the patient to recover. Plasmapheresis is a procedure in which the fluid part of the blood (Plasma) is completely replaced with the new plasma on the dialysis machine. This was done in five sittings (Replacing approx. 60 bags of plasma) over a period of five days and patient was continuously being monitored throughout this procedure.” “Fortunately for us and the patient, the patient started showing recovery right from the very first day of plasmapheresis and recovered completely within five days and was discharged with normal breathing and ability to eat on his own.” He added.

It was extremely heartening and satisfying to see the patient recover from agony and restore his normal breathing and nutrition. Relatives of said patients thanked Dr. Rajesh Atal and TEAM OCHRI for successful treatment of their patient.

Dr. Anup Marar- OCHRI Director complimented Dr. Rajesh Atal & TEAM and said that “It was truly a test of clinical acumen and the appropriate use of technology at appropriate time which could save the life of the patient. It is the total faith of relatives on treating team which gives them liberty to treat the patient successfully”. 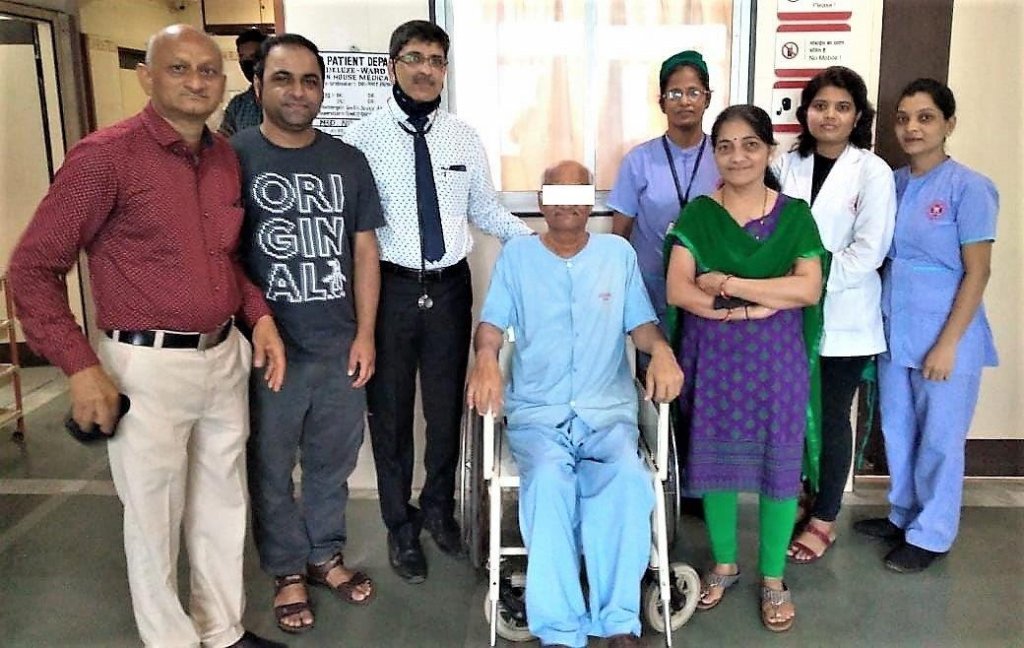